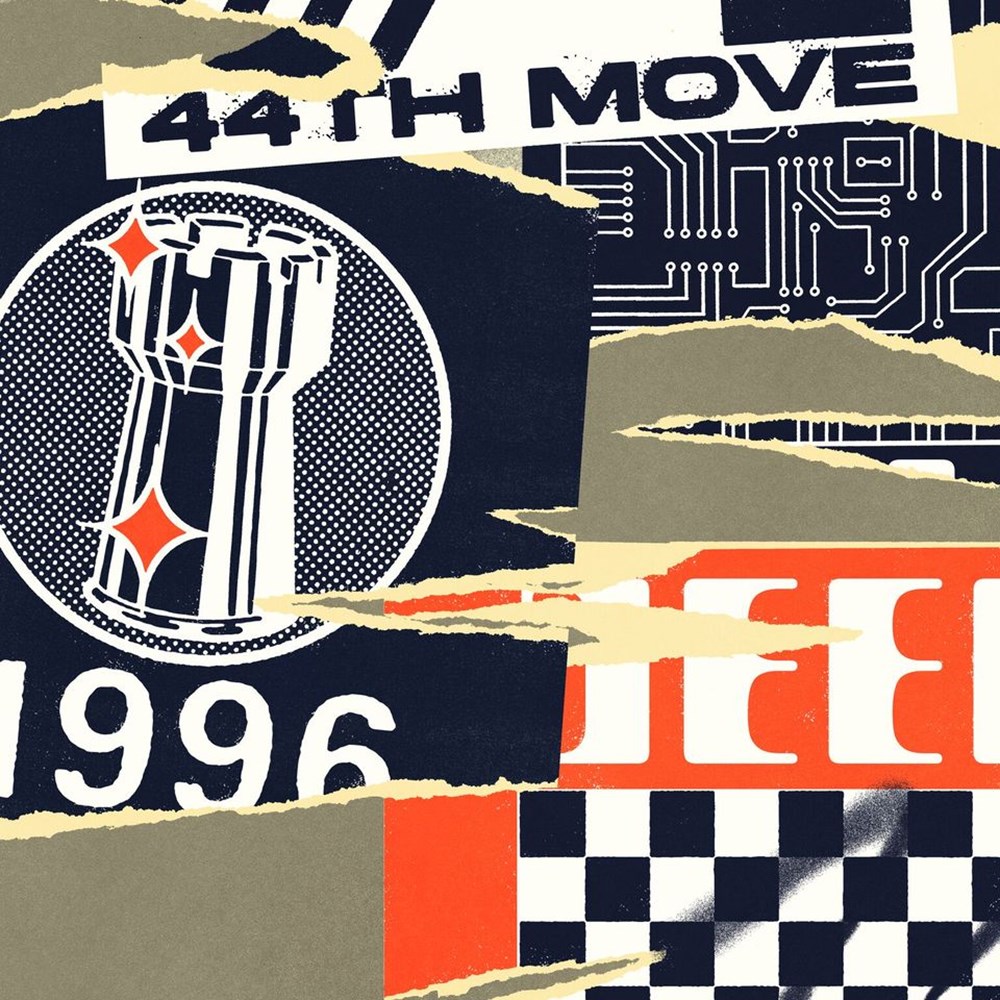 Multifaceted musicians Alfa Mist and Richard Spaven announce identities behind their 44th Move project and drop their debut self-titled EP on Black Acre.
The pair are two of London's most hotly tipped Jazz artists, and both have a broad range of influences. Alfa Mist is a self-taught piano player with his early album 'Antiphon' becoming an international fan-driven success, receiving more than 6 million streams on Youtube alone. Since then he has continually moved on to straddle many genres with recent projects such as 'Structuralism' and 'On My Ones', both experimenting with solo piano, neo-classical and hinting at his roots in Hip Hop.
Meanwhile, Spaven's accolades includes three studio albums, such as the acclaimed 'Real Time' LP on Fine Line, working with The Cinematic Orchestra, Guru's Jazzmatazz, Flying Lotus, Jose James, Jameszoo and Jordan Rakei, not to mention selling out venues like Camden's Jazz Cafe with Richard Spaven Trio. The pair now team up together for a poignant debut release as 44th Move.
"Creating the sound was just a coming together where we discovered that we shared a lot of the same influences. We got to writing straight away - before we really got to know each other. I found it easy with a ton of inspiration. Ideas kept coming and we were on the same page. In retrospect we want 44th to have an edge - it's a 'heart on your sleeve' project where we can express all those hip hop and broken beat records." - Richard Spaven
'Little Techno' opens with an essence of melancholy and emotional connection emphasising loose drums, pulsing keys and delicate chords. 'Fly' then superbly merges contemporary glitches and samples with organic percussion while 'Hope' fuses Alfa Mist's vocal-work with elegant brass, keys and an undercurrent of subtle rhythmic delight.
On the flip, 'Broken' flows with soft Rhodes sequences and Spaven's signature crisp-sounding snares, giving a sophisticated edge to its arrangement before 'Two Nil' slants towards a broken-beat lane with distant keyboards, syncopated beats and dystopian-like harmonies.