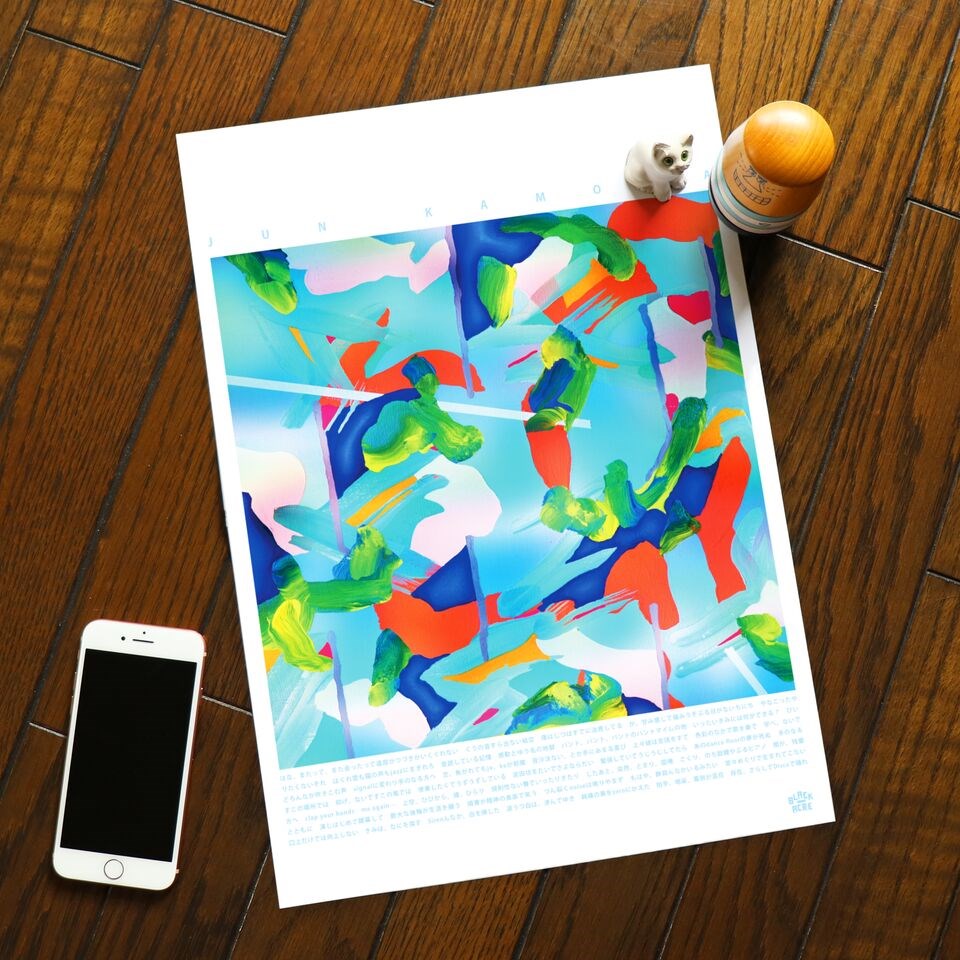 £5.00  10 50% discount
Limited edition A3 print of the album art by Hisano.
Includes the lyrics to 'Surreal Tongue in Northern Osaka'.
Full colour A3 print on heavyweight 300gsm white matte board.
About the album:
Making music as Illreme for over 15 years, as well as being a member of Hip Hop trio Baleine 3000, Kamoda has been a formidable force in Japan's music scene for quite some time. Debuting with 'The Clay' on Mister Saturday Night Records in 2016, which featured that unforgettable 'Physical Graffiti' track, Kamoda's foray into dance music has been truly impressive, following up with two releases on Black Acre and a vinyl-only outing on Mall Grab's Steel City Dance Discs imprint.
'Surreal Tongue in Northern Osaka' kicks off the album with organic, choppy hip–hop paced drums lead by rugged Japanese vocals. Kamoda then follows with 'Nightmare Club' and 'Crush' - two tuneful, funk-infused rollers. 'Hakoniwa Disco Strut' switches up to a reformed new-age disco track with an emphatic 60s electric guitar solo surrounding the center. The next three tracks, 'Mt Woo', 'Gravity of Love' and 'Blooming Blues' are all peppered with high-energy, uplifting melodies layered over a more uniform house sound.
'The Ruddy Sunset', is a pitched down, Balearic inspired dance track - deep bass-lines and mellow flutters providing the core. The album decisively ends by throwing genre categories completely out the window with 'No Rhyme Nation' - tough, broken drums and breaks of unpredictable, eccentric melodies are the theme here.
Like previous Kamoda releases on Black Acre, Jun's wife Hisano has painted the artwork and limited edition prints will be released alongside the album. Jun is also a cartoonist and illustrates for Japanese independent magazine 'Usca' – the 12” release includes a cartoon within the vinyl insert.

A Year Under Tee [Black]